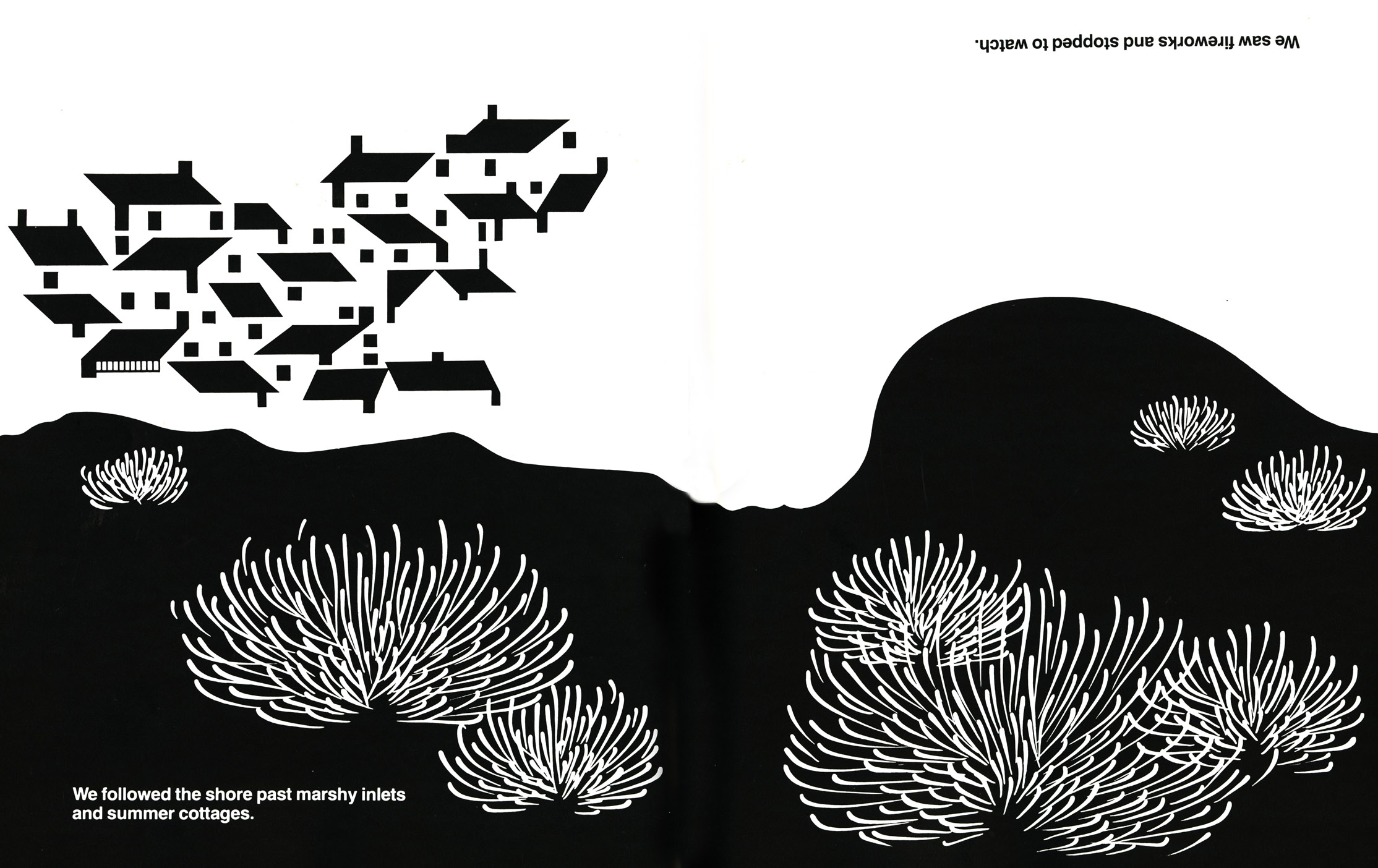 A beautiful magic trick, a trip to the city and back.

Round Trip is a seemingly simple tale of a child making a journey from the country to the city and back again. The child passes through farms, marshes, and mountains, before encountering the bright skyline of the city and heading back home. Illustrated, written, and artfully concepted by graphic designer Ann Jonas, Round Trip stretches kids’ imaginations by playing with symmetry, orientation, and perspective. The book’s clever images are constructed so that the story is read front-to-back, then flipped, and read back-to-front.

This illusion is largely created because Jonas illustrated the book entirely in black and white. Fireworks that the child sees on the way to the city become the shrubs when turned upside down on the way back; roads become rivers and shadows become searchlights.

As a child I was obsessed with optical illusions and perceptual trickery, endlessly entertained by trying to figure out if the lines were parallel or if I was seeing a rabbit or a duck. Round Trip feels like a magic trick, slowly unveiled. I didn’t discover this book until my own adulthood, but every kid I’ve shown it to becomes wide-eyed once they discover its trick, equal parts boggled and impressed.

Find Round Trip at your local library.