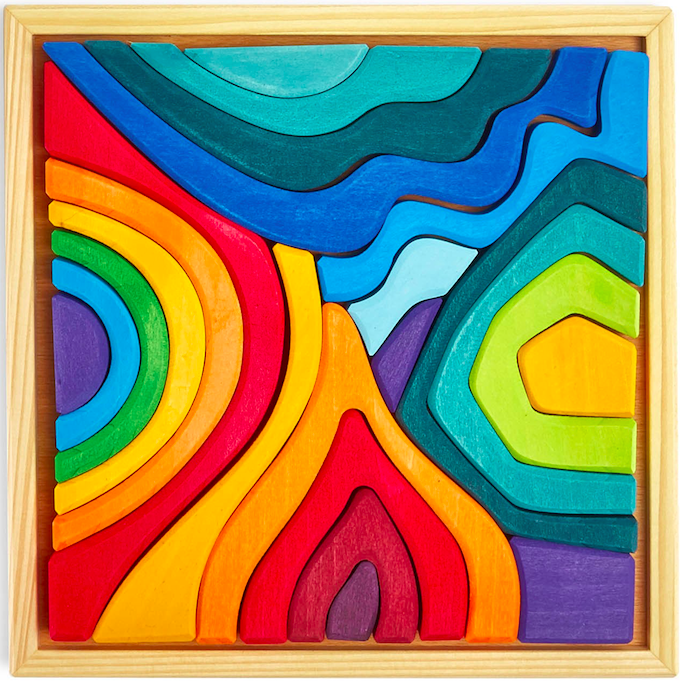 I don’t think anyone ever grows out of blocks. Or at least, not blocks like the ones that German toymaker Grimm’s produces. I’ve had my set for almost five years, and they never fail to catch my guests’ attention, whether I’m watching a little cousin or catching up with a friend.

Each Grimm’s block is curved, colorful, and strange. The blocks fit together beautifully as a puzzle, but they look even better when one dumps them from their tray and applies imagination to them.

What can you build with these blocks? My set depicts the four elements, and so you could easily build waves along a shore, a rainbow after a storm, or a cave in which a scary monster dwells. Or, you might mix up the blocks and construct a wiggly dragon, an impossible tower, or a colorful carnival ride. Just don’t try to make a cube. There’s hardly a right angle in the set, and the blocks refuse to be stacked in a conventional shape.