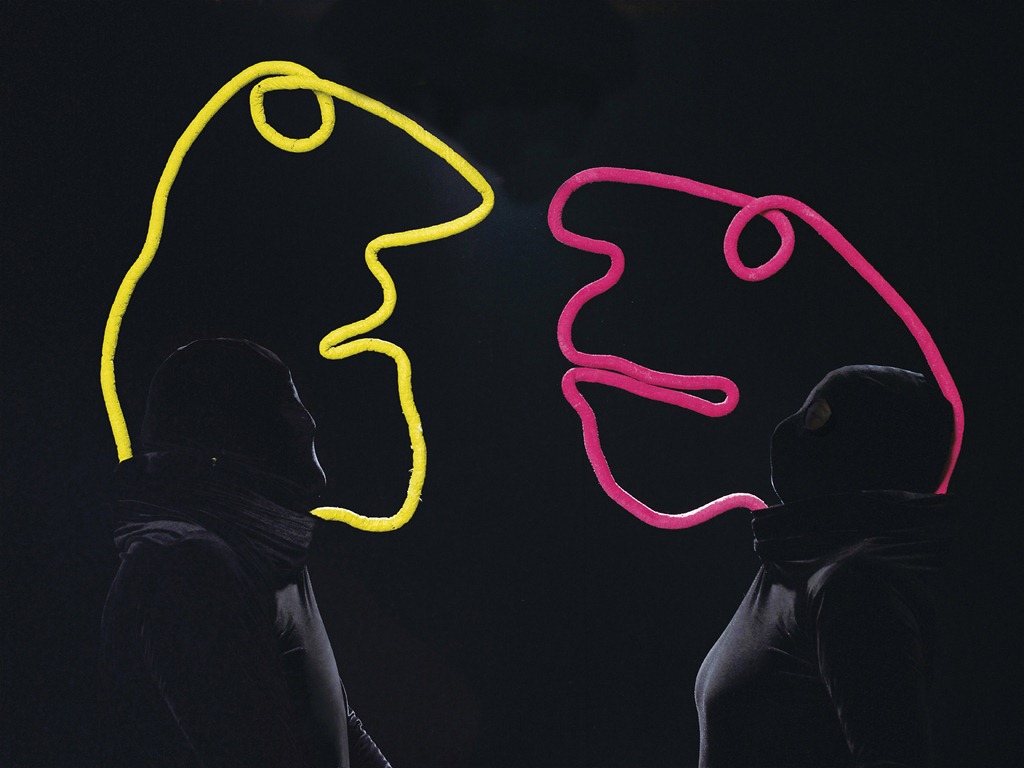 Something between a mime, dance, and puppet show.

I first came across Mummenschanz in a puppets and performance class. On a stage with a darkly lit background we saw a large, green, mouth-shaped creature open and close itself, occasionally sticking out a red tongue. There were no words, just movements and gestures; and yet, it was so magically expressive.

After that, I went to see this Swiss troupe perform twice at the NYU Skirball Center. Both times I noticed that the majority of the audience were kids of all ages. Throughout the performances, there were giggles, laughter, and “ahhhs.” There were some screams, too — when the performers threw a giant balloon into the audience or when a 10-foot tall blow-up heart tried to engulf the front row with its arms.

It’s easy to imagine why Mummenschanz attracts the young and the young at heart. Kids are very abstract thinkers. They see a face from a pile of cubes, an animal from a piece of cloud. Mummenschanz is exactly that. It’s the spirit of imagination and play!

Now if you or your kids want to watch a 5-foot tall, white hand wave at you, faces made out of toilet-paper rolls cry toilet paper, and a giant tube-man made out of insulation pipes, go see Mummenschanz while they are on tour.