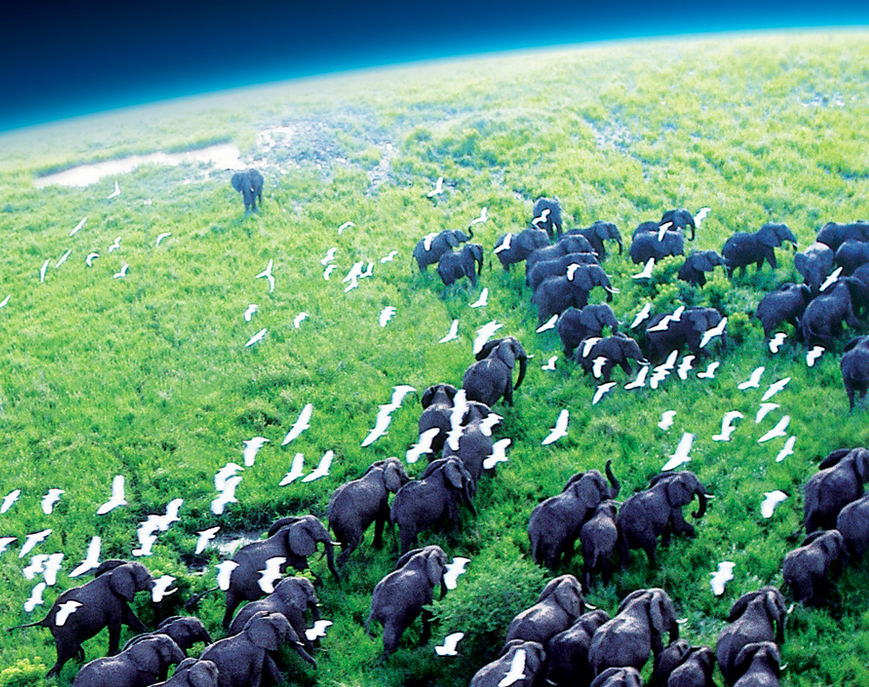 A high-definition nature documentary that gives a global overview of biomes and habitats on Earth.

Planet Earth is an epic ode to earth’s creatures and the worlds they inhabit. Each episode takes you on a dramatic journey through some of the planet’s wildest destinations. In addition to the wealth of information, there are several mini-story arcs present to spark your curiosity as the protagonist rapidly changes from one creature to the next. Follow salmon upstream in Fresh Water, watch gazelles outpace fires in Great Plains, and hastily waddle over ice with the penguins of Ice Worlds — all coupled with music from the BBC Concert Orchestra and narration by David Attenborough.

This series would have been a household staple had I gotten my hands on it as a kid. I grew up on a farm and spent summers at camp in the woods and waters, so a huge part of my childhood was spent outdoors. The thrill of discovering something for the first time and learning new skills never got old. Planet Earth opened my eyes to how many other worlds exist and the various survival techniques other creatures have developed for their unique habitats.

Two episodes I would highly recommend are Seasonal Forests and Oceans Deep. Seasonal Forests seemed like it would be the most familiar, but it answered a lot of lingering questions I forgot I even had. For example, one segment details the intriguing (read: terrifying) lifecycle of the cicada — a bug I distinctly remember because of its elusive exoskeleton remains. Oceans Deep demystifies one of the least explored areas on of the planet. Life at the bottom of the ocean is even more mystical than I ever imagined — see: Vampyroteuthis.

A word of caution: most episodes include some graphic food chain-related footage.