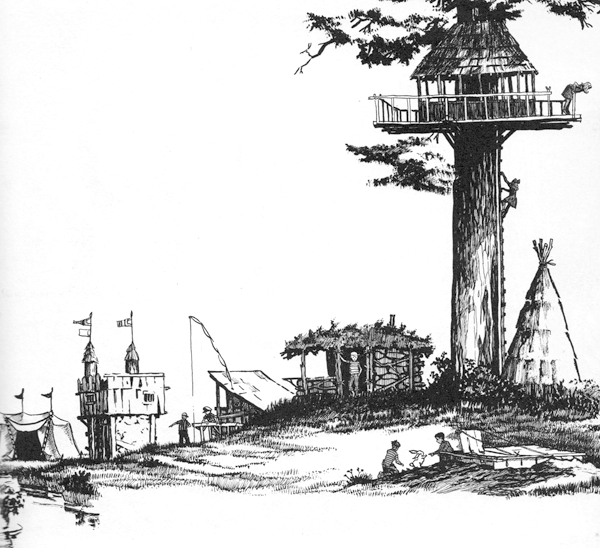 A boy inventor builds a paradise for himself and his friends.

Many classics of children’s literature are—at their core—about misunderstood kids who escape the confines of their homes into alternate (often better) worlds. In Andrew Henry’s Meadow, the main character, Andrew Henry, builds his own paradise by hand. The book tells the story of a child inventor who, after being frustrated with his family’s indifference to his contraptions, runs away to a meadow where he builds himself a perfect house. Soon afterwards, a girl who loves birds arrives and Andrew builds her a home in the trees full of birdhouses. Next, a boy who loves boats arrives and Andrew builds him a house over a stream with a paddle wheel. Eventually, nine unique houses, built by-and-for children, dot the meadow.