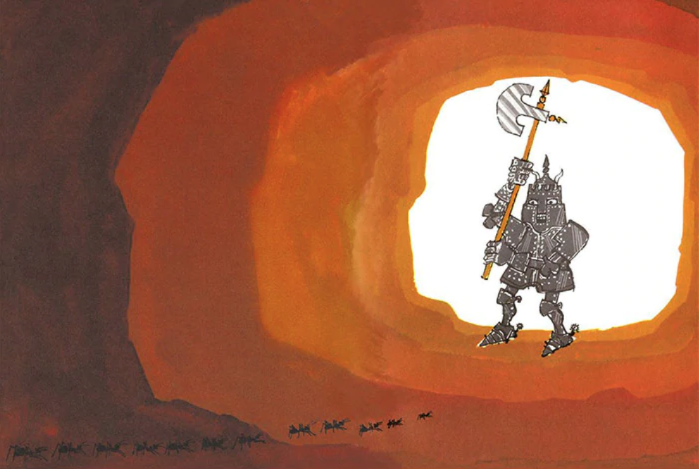 A bully knight talks a big game and bites off more than he can chew against an unexpected enemy. Comeuppance stories are rare in picture books, but they're so much fun for kids.

Ironhead is a swaggering knight who has promised to give up his beloved battle ax if he's defeated, but he's outwitted when he underestimates the strength of an ant army.