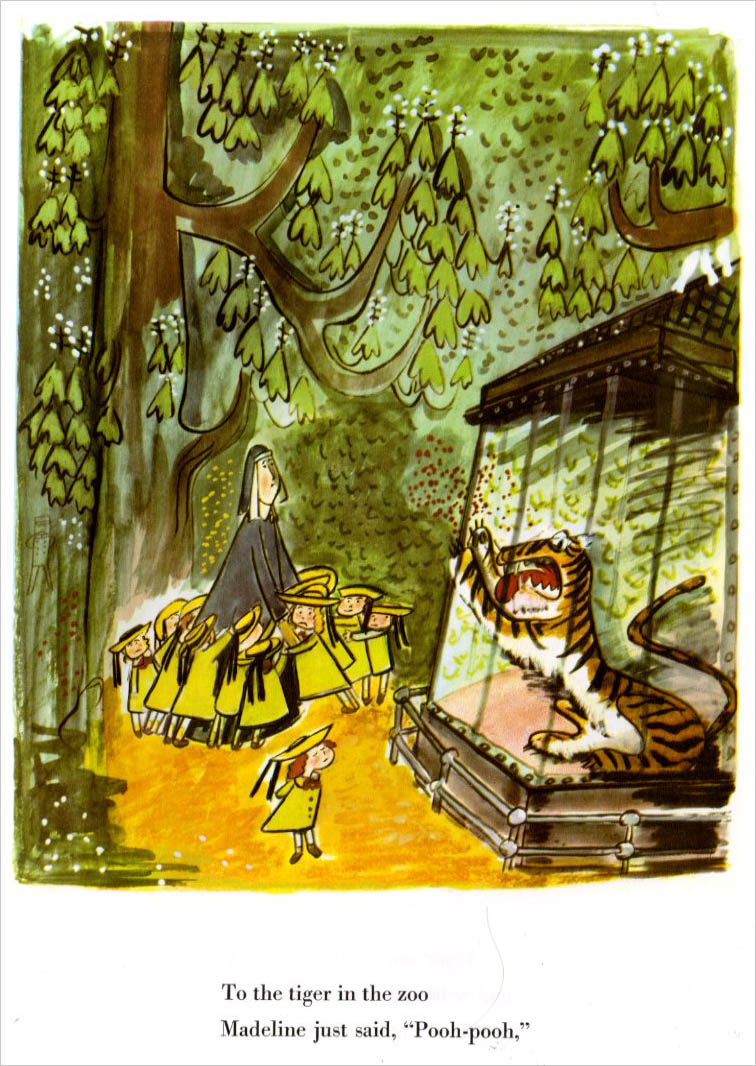 The Madeline series by Austrian author Ludwig Bemelmans has been beloved by kids since they were first published in the 1930s. The English translation of the book starts with the iconic lines, “In an old house in Paris that was covered in vines, lived twelve little girls in two straight lines…” The translation, however, tends to devolve (in a good way), so many books feature odd almost nonsensical sentences. Kids eat up the silly language and the wonderful drawings, as well as the oft-harrowing (and sometimes politically incorrect) storylines.

Find Madeline at your local library.