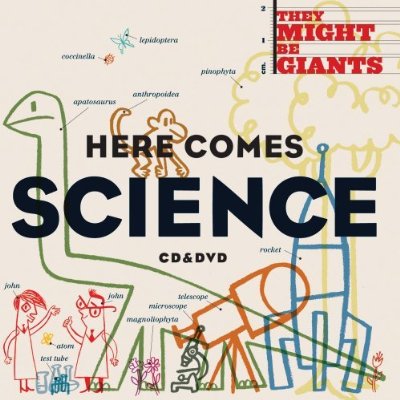 A hip science album for kids.

Throughout the 50s and 60s, a children’s record series called Ballads For The Age of Science released a number of albums about space, nature, weather and physics. In 2009, They Might Be Giants revisited these albums, recording new versions of old songs. They combined these updated old favorites with newly written originals into a modern children’s science compilation record titled Here Comes Science. The results are delightful for geeks like myself, and my kids are pretty fond of the results as well.