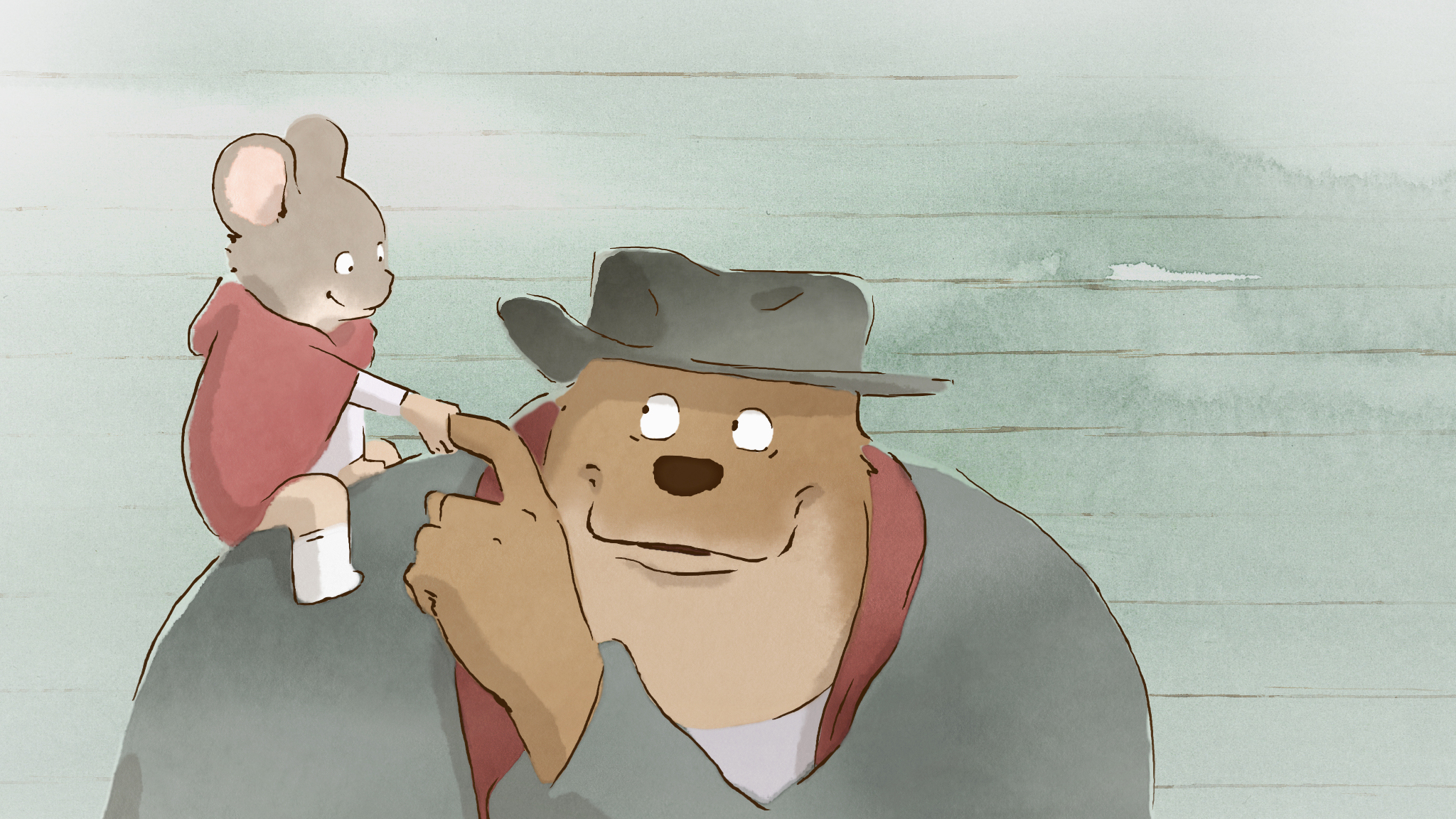 Ernest & Celestine is the cinematic equivalent of a warm cup of cocoa on a frigid February day—mostly sweet, but with a touch of bitter to keep your teeth from hurting.

Celestine lives in a mouse orphanage. She is expected to collect teeth for the town’s dentist (mice, after all, wear through their teeth very quickly) but would much rather spend her days painting and drawing. Ernest is a bear who, in spite of obvious musical talents, is quite unemployable in the no-nonsense ursine community.

Bears and mice are enemies in this world, but Ernest and Celestine’s outcast status in their respective communities unites them. The two go on an impossibly twee crime spree when they find a tooth shop for bears operating across the street from a well-stocked candy store. They cement their friendship while hibernating for the winter (a convenient way to hide from the angry bear and mouse police). I know, they don’t sound like great influences, but the film manages to convey complex lessons about prejudice and justice by the end of it all.

One more thing: I couldn’t get enough of the film’s cozy illustration style. So I read every post in the director’s blog about the making of Ernest & Celestine. Anyone interested in animation should do the same.