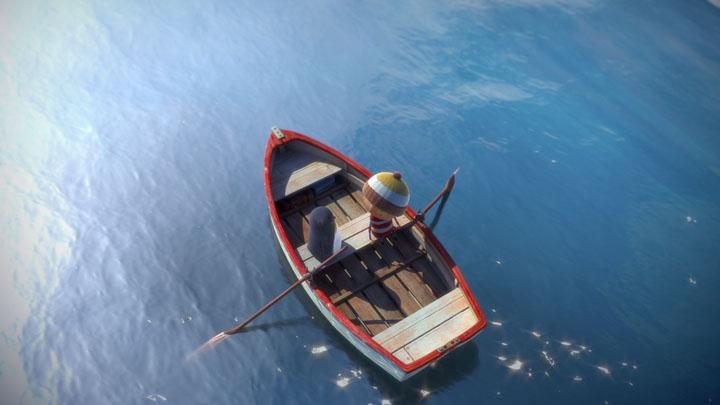 The film adaptation of the best-selling picture book by Oliver Jeffers.

The world of Oliver Jeffers’ books is magical to me. It's a place filled with a regular cast of unique characters, hand-drawn signs, and curious objects. Perhaps what is most incredible about the stories is that they all feel like they could have happened, even though they involve sketchy lines and carefully painted colors and penguins that ring the doorbell.

Now I’m the kind of person who will tell you that any book that is as good as an Oliver Jeffers book should not be turned into anything else. Leave brilliance alone. However, when I watched this beautiful adaptation of Lost and Found by Studio AKA I became a bit torn about which I love more—the book or the movie. And at only 25 minutes long, I’m left longing for more.

I could try to summarize the storyline, but I fear that it would get absolutely butchered. Jeffers triumphs in encapsulating something as sentimental as friendship and love in the most non-obvious way. It creeps up. The last time I watched this film was with my friend’s one-year-old son. We were both mesmerized, regardless of the fact that he had already seen it a couple hundred times. It’s impossible not to feel the magic, no matter how old you are.