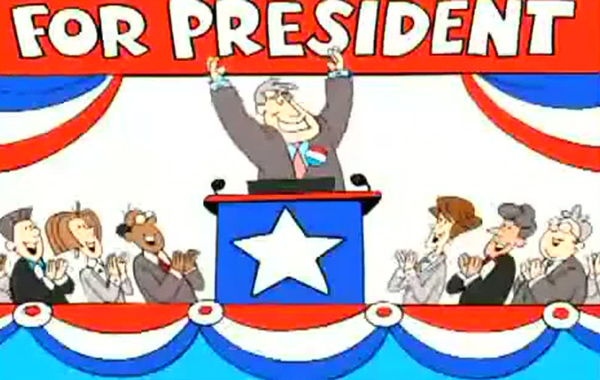 Schoolhouse Rock is a landmark educational series of animated musical shorts that ran on Saturday mornings between cartoons on ABC during the 70s, 80s and 90s. Covering math, science, English, history and civics, each short song—accompanied by an animation—explored a single topic in song. From nouns to the number zero and electricity to the circulatory system, over the years the shorts tackled a broad range of foundational topics.

Initially approved by Mike Eisner and Chuck Jones in 1973, the series was run on television in one form or another until 1985, then again from 1993-1999. The series resonated with a generation of kids (like myself) who watched the shorts back to back with the Super Friends. I don’t think I realized they were educational until much later as an adult; to me, they were just pure fun.

Now, all the shorts are available on DVD and on iTunes. I bought the DVD, converted the files to mp4s, and put a few of them at a time on my phone. My kids were instantly hooked and watched many of the shorts repeatedly until they had memorized the songs. The music opened up new ideas and lines of inquiry. My kindergartner started to ask questions about how laws are made and started counting by 5s after being exposed to Schoolhouse Rock. As a parent and as a fan, I couldn’t have been happier.

p.s. If your kids really get into the music I also recommend Schoolhouse Rock Rocks, a set of cover’s by 90’s era bands like Man or Astro Man.