Explore the solar system and beyond 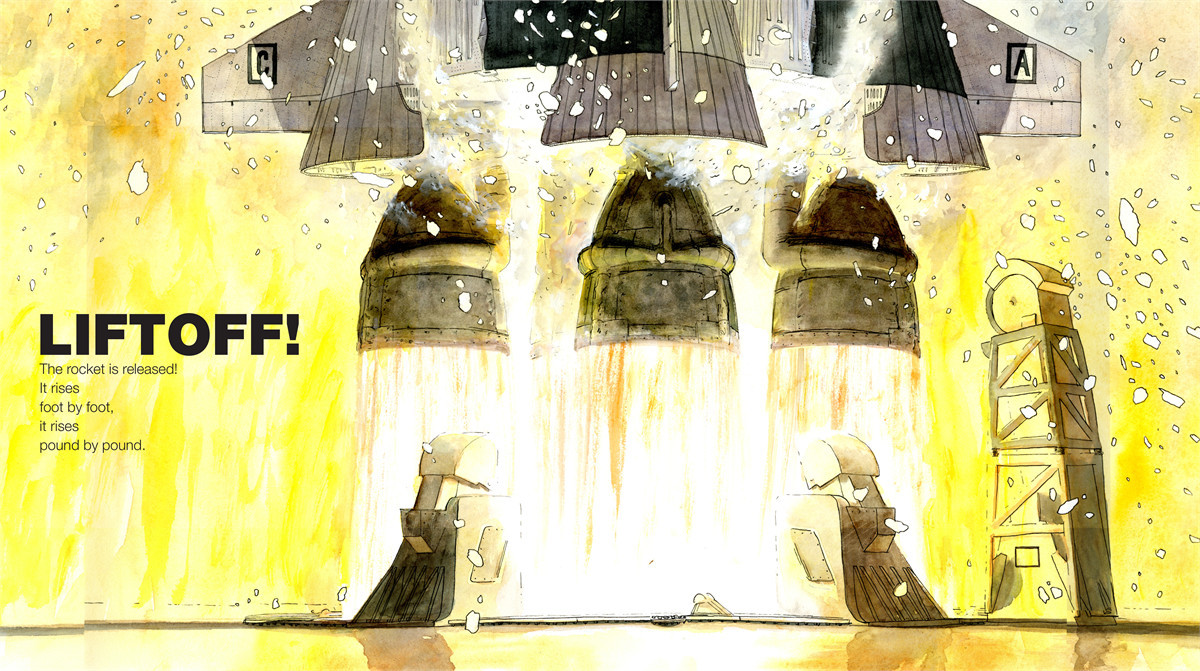 Image from Moonshot: The Flight of Apollo 11

Our universe is as magnificent as it is mind-boggling, prompting us — and the kids around us — with hundreds of questions.

Kids are naturally inquisitive about their surroundings as new experiences raise questions of “How?” and “Why?” Many of these questions can be answered by observing, investigating, and experimenting, but using this approach to learn about space is virtually impossible since space is so vast and distant.

That doesn't keep kids from being curious about our solar system! So, in our new app, Space, we put our awe-inspiring solar system in kids' hands. Planets, moons, and the sun are tangible in an interactive model. Kids can learn about sizes, surfaces, orbits, and other features by comparing and contrasting planets, and make discoveries about their atmosphere and temperature.

Our solar system is mesmerizing and letting kids explore space can fuel their craving to learn more and more about it. Here are some of our favorite space resources, including books, websites, podcasts, and a web video series (resources with an * have also been reviewed on Tinybop Loves).

Read
Professor Astro Cat's Frontiers of Space by Dominic Walliman, illustrated by Ben Newman
In this book, a cute and curious cat named Professor Astro Cat takes kids on a journey through space as he explains the science behind the birth of a star, the workings of a lunar module, and much more. The book introduces topics in an approachable manner and the retro-inspired illustrations and layout of text make the pages engaging. Each page is filled with fun facts, too. (Did you know fire burns in a circular flame in zero gravity?)

Moonshot: The Flight of Apollo 11 by Brian Floca
Beautifully written and illustrated, Moonshot tells the story of our first trip to the moon during the summer of 1969. The book introduces astronauts Neil Armstrong, Michael Collins, and Buzz Aldrin, and provides an emotional and exciting picture of the event. The book includes diagrams and timelines, and a detailed illustration of Apollo 11 that will amaze kids.

You Are Stardust by Elin Kelsey, illustrated by Soyeon Kim
While this book doesn’t directly concern space, it celebrates the idea that we are all stardust. “If you were a planet, you’d be a lot like Earth,” the back of the book reads. The story suggests the multitude of ways we are connected to nature and the history of the world around us. The artwork features amazing three-dimensional dioramas that connect the inspiring assertions.

Comets, Stars, the Moon, and Mars: Space Poems and Paintings by Douglas Florian
Douglas Florian’s poetry collection is a lyrical ode to our universe. Each poem (there is one for each planet and more!) is accompanied by a beautiful mixed-media collage, making this book a special celebration of the wonders of space.

Laika: Astronaut Dog by Owen Davey
Written and illustrated by Owen Davey, designer of The Robot Factory by Tinybop, this book tells the story of Laika, a stray dog who is chosen to be the first animal launched into orbit. Based on the true story, this tale ends with a happier ending, which makes this a good book to use to introduce this historical event to younger children.

What’s It Like in Space? Stories from Astronauts Who've Been There by Ariel Waldman
This funny, yet captivating book is a collection of stories from dozens of international astronauts who have returned from orbit with quirky and humorous lessons learned in space. The book is a great way to learn interesting facts that other space books won’t have, such as the tricks to sleeping in zero gravity and how to aim your sneezes during a spacewalk.

Explore
Spaceprob.es by Ariel Waldman and Lisa Ballard
This colorful website tracks every man-made machine to have entered orbit, which is a great way to learn about historical and current space exploration missions. Kids can learn the uses of each space probe as well as explore additional resources through links to videos, interactive walkthroughs, and more.

Spacehack by Ariel Waldman and Lisa Ballard
From the founders of Spaceprob.es,  the website Spacehack is a directory of projects that allow anyone to participate in space exploration. Projects range from marking dust deposits on the surface of Mars to helping scientists understand the planet’s climate to supporting the discovery of new comets that are hiding within our solar system’s asteroid belt.

Listen to
* Brains On! podcast from MPR News and Southern California Public Radio
We’ve mentioned this science-based podcast a few times in the past and for good reason. The hosts ask an array of experts to help answer questions kids are curious about without ever oversimplifying the information. They’ve covered space topics on several episodes, so kids can learn about the largest volcano in our solar system, what it means for the universe to be expanding, the search for life on other planets, and why NASA sent jellyfish into space.

* Tumble by Lindsay Patterson, Marshall Escamilla, Sara Robberson Lentz
In this science-based podcast, the hosts, Lindsay and Marshall have covered everything from parasites to upside-down bats, and their space episodes are some of the best. Kids will learn the secret to finding a black hole, the mystery behind a certain exploding star, and how astronomers discovered dark energy.

Watch
* Once Upon A Time: Rosetta Cartoons from the European Space Agency
This adorable animated video series brings Philae, the solar-powered robot that launched from the space probe Rosetta, to life. In November 2014, Philae landed on Comet 67P/Churyumov-Gerasimenk and after a seven-month slumber, began sending data back to Earth. Kids get to learn about the history of comets, discover what Rosetta learned her first year studying the comet, and follow many more adventures.

Keep an eye out on Tinybop Loves where we’ll be adding more space resources for kids to explore. 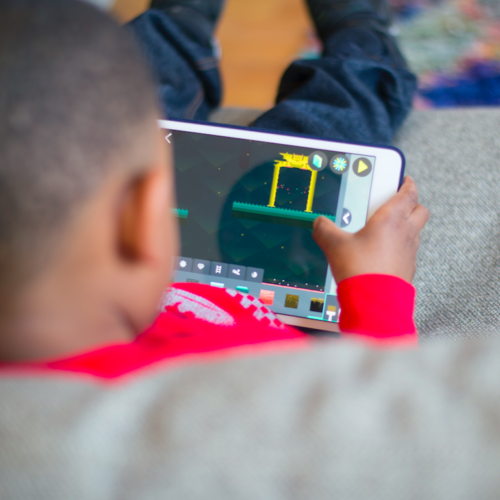 One thing we always keep in mind as we build apps here at Tinybop is how naturally curious kids are.