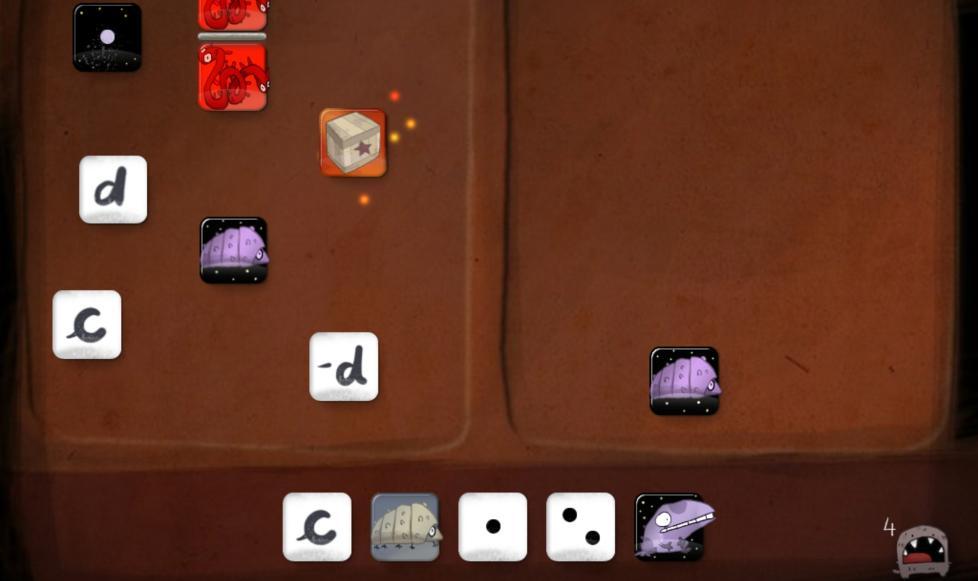 An algebra game that is actually fun for kids. Yup.

Dragonbox is a game that—with very little friction—teaches basic algebraic principles through a series of logic problems. I was amazed to watch my 5-year-old zoom through the introductory levels, developing a clear grasp of algebraic concepts.

How does it work? Kids are gradually introduced to new rules and mathematic principles. Instead of solving equations, they work on solving logic problems. Instead of using mathematical symbols they see neat little character icons. The rules are introduced organically, allowing kids to progress with minimum effort. Eventually, characters are replaced by variables. This is where things get a little more complicated—and more fun.

So does it actually teach algebra? I’d argue that it teaches algebraic thinking—the gateway to algebra. If you also encourage your kids to play the game with pen and paper at their side. They’ll start to connect the dots between the app and real algebra.

My only suggestion (and pet peeve) is the app’s lack of a user system. If you have multiple kids (and in this case, one interested adult), they’ll progress at different rates and resetting the app between kids can be frustrating. Otherwise, this game is a home run. I’d highly recommend it.