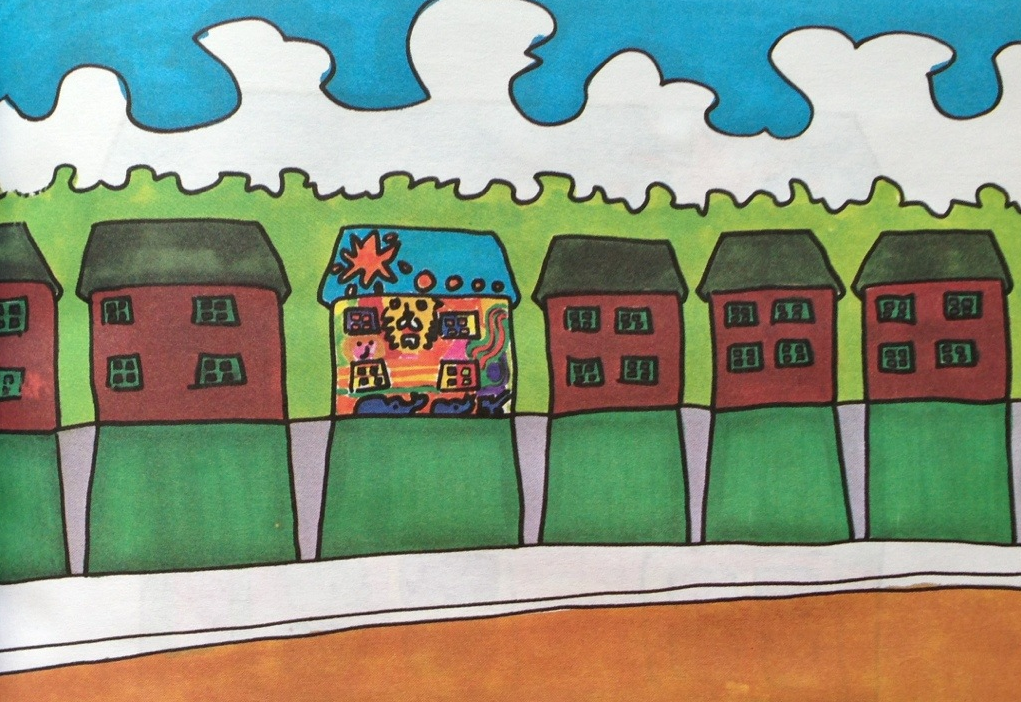 A book about the beauty of standing out.

Growing up, the author and illustrator, Daniel Pinkwater, always held mystical status to me. His characters were wilder than my wildest imagination: human-sized lizards, giant chickens, and root-beer drinking fish on magical planets. Like his eccentric characters, his drawings were also a bit zany. Often made from markers or crayons, they didn’t seem so serious, and so grown-up (which was a good thing).

In The Big Orange Splot, Pinkwater tells the tale of Mr. Plumbean, who lives on a “neat street,” where each house is a mirror image of the other. All the lawns are perfectly manicured, and the paint job is exactly the same. No house can be distinguished from another.

One day, a bird flies overhead, and drops a can of orange paint leaves a big “splot” on the roof. The neighbors are aghast—this splot breaks from the neatness of their perfect street. This splot becomes the seed of Mr. Plumbean’s break from conformity. Soon his house features palm trees, a hammock, a (live) alligator, and a giant lion painted on the house’s facade.

Sure enough, Mr. Plumbean encourages his shocked neighbors to pursue their own dreams. One by one the other homes transform into a street of unique wonders.

All of Pinkwater’s books, whether he is writing about dream homes, fantastical animals, or Aunt Lulu the wacky librarian, are about getting lost in your imagination. Uniqueness and originality are seen as strengths that make characters memorable and special.

Find The Big Orange Splot at your local library.