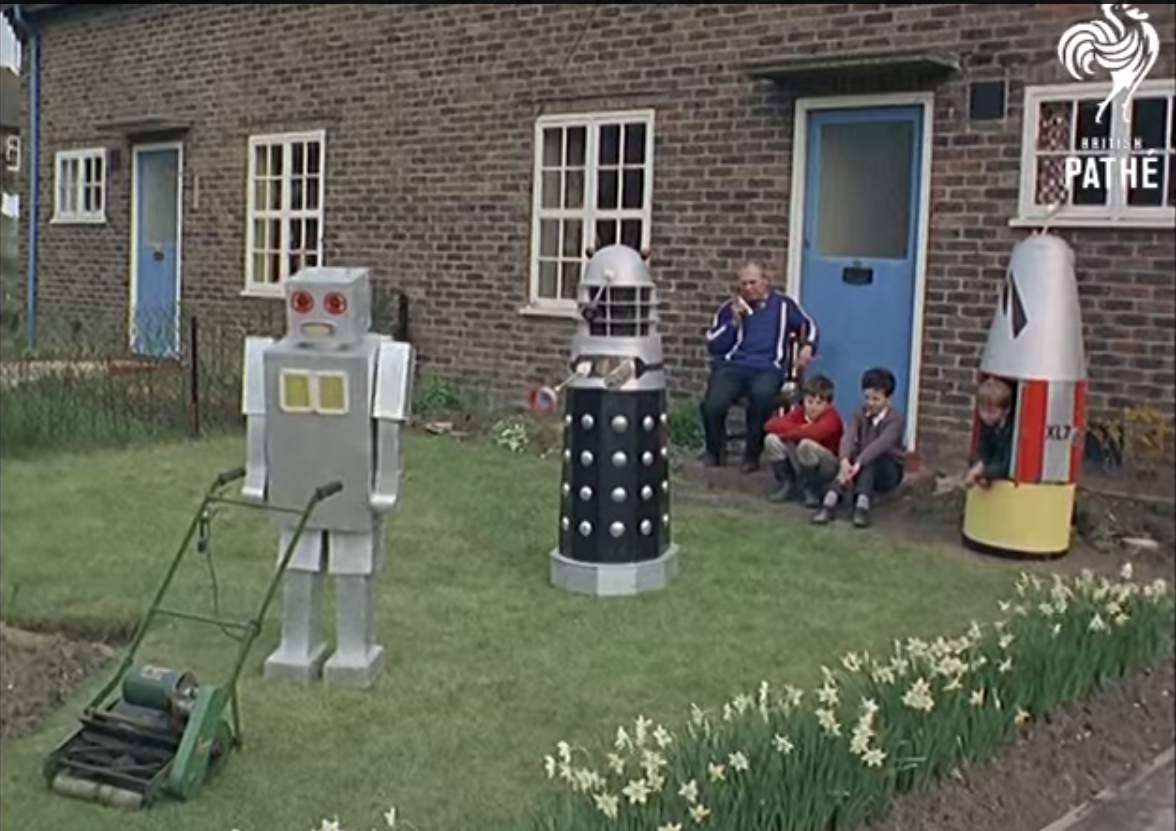 A glimpse of the future, as seen from the past.

I could watch British Pathé’s old newsreel clips for hours. Fortunately, they released all 85,000 of them on YouTube last year, and so I can.

Their news and human interest stories are iconic, but my favorite videos from their archive are those that explore technology and the future. This Robots & Futurism playlist is a good place to start. Witness an endearing Robot Boy, from 1967, and a mechanical Gentle Giant, from 1958. As the soothing, British-accented voice notes in the latter video, “We use the word strange [to describe the Gentle Giant], yet there may well be a time when robots…are accepted as a part of our everyday life.” In the fifties version of the 2000s, domestic tasks become our robots’ domain, allowing humans to enjoy, as one announcer describes it, “machine-aided leisure.” Yet even now in 2015, a robot-run home sounds creepy.

Not all of yesteryear’s futurists were so far off. You can see how the Robot Sculptor relates to today’s 3D printers, and the Model Automat is definitely an Amazon Dash ancestor. Perhaps my favorite part about watching these videos is that they let me think through why some of our predictions panned out and others remain science fiction.