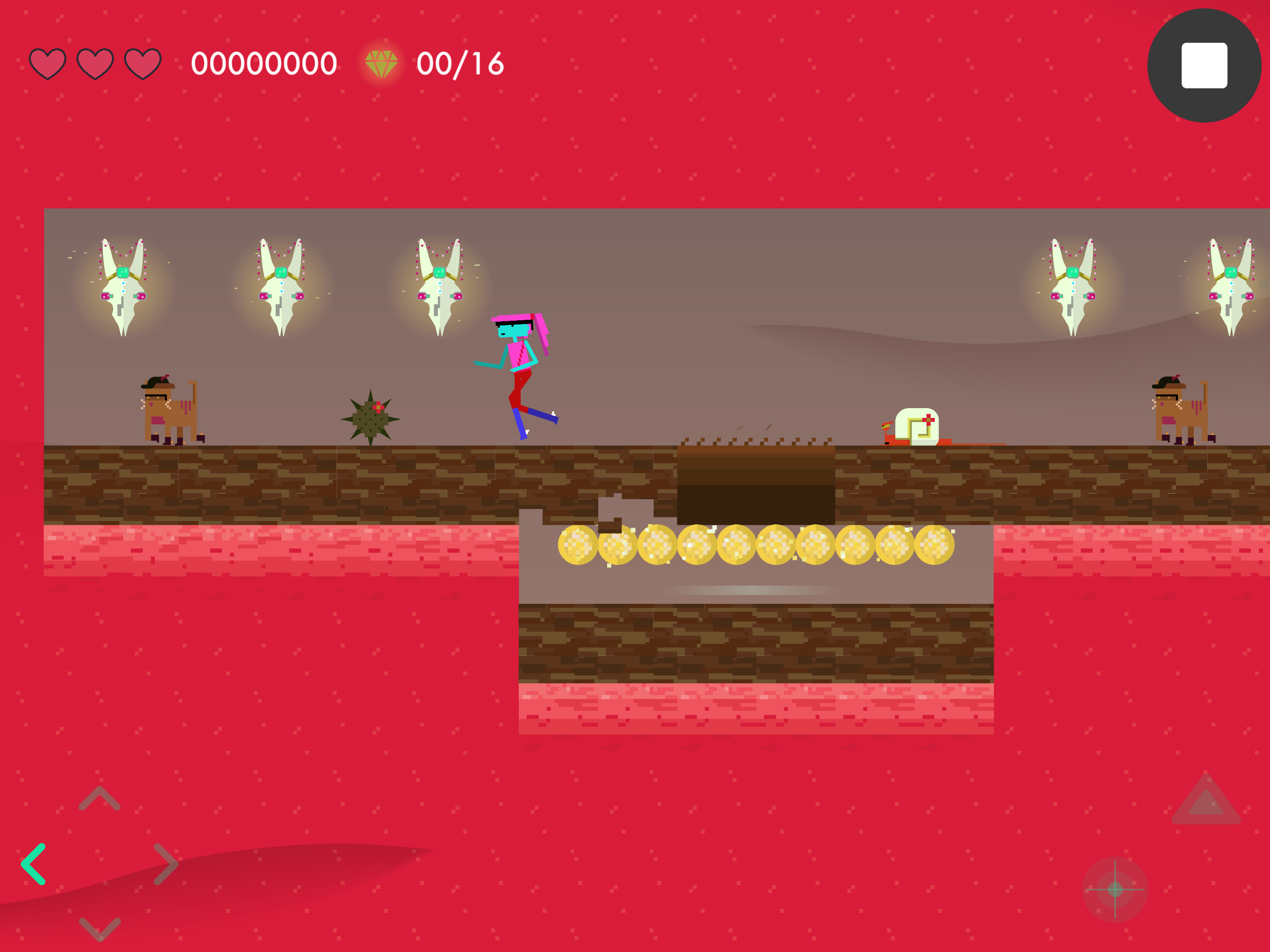 Sometimes two heads are better than one. To create the artwork for Infinite Arcade, two Tinyboppers huddled up in a pod and researched, played, and drew. And drew some more.

Holly Graham is a production designer and Roza Gazarian is a senior designer at Tinybop. As they merged their myriad skills to create the artwork in Infinite Arcade, they shared a tiny workspace to aid collaboration, eventually adopting the joint nickname "Roho." While both were pretty new to video games at the beginning, they dove into classics like Mario Bros., Zelda, and Attack of the Killer Tomatoes, as well as traditional pinball machines and contemporary pixel art to mine for inspiration. We get into the gory details below!

What was the process like for Infinite Arcade? How did you end up with one singular style for the app?

Holly: We approached this whole project together, as a team, from the very beginning. We even went so far as to move our computers into a private "pod" space in the office to aid collaboration.

Since neither of us had any previous experience creating pixel art, we had the unique opportunity to create a cohesive style together from the beginning.

Roza: We started by looking at reference images to figure out the style. Once that was done, we spent a few days brainstorming themes and component ideas, and then finally moved on to illustrating game components and designing UI.

Holly: The most important guideline we established early on was our baseline pixel "unit" and grid which served as our underlying structure. Having that constraint was really helpful for making a lot of visual decisions down the line, especially for the moments when we decided to break the grid and incorporate curves. After a huge brainstorming session full of Post-its, we divided and conquered (with frequent check-ins) to illustrate individual parts.

Roza: I don't have any illustration experience, so taking on a project like this was quite intimidating, but having Holly next to me definitely gave me confidence and kept things moving pretty quickly.

But we both switched between UI and illustration, depending on the needs at the moment, so the process was very fluid and collaborative.

What were your inspirations?

Holly: Neither of us had much experience with retro arcade games before this project, so familiarizing ourselves with games like Mario Bros., Zelda, Psycho Fox, and Attack of the Killer Tomatoes was a really fun part of our initial research. We were also inspired by more contemporary pixel-art games like Sword and Sworcery from Superbrothers and Sunburn! from Noodlecake Studios. It was helpful to see such a range of styles, characters, and levels of detail.

Roza: I didn't have much access to or the chance to play video games as a kid. I grew up in Ukraine, so lots of references from the team were mostly unknown to me, with the exception of a few games like Mario Bros. I was not familiar with pinball and other arcade machines, so I looked at a lot of those.

When looking at contemporary pixel art, we decided we did not want to create a hardcore pixel game and really liked the idea of combining pixel art with curvy vector shapes. So we ended up with a style that I believe is more friendly and approachable by non-gamers such as myself.

What do you think is the most important or most exciting thing about illustrating for kids?

Holly: Keeping it fun and unexpected, and letting your imagination run wild. Every part in the app serves a specific purpose when you're building a video game. The fun is in how far you can actually push that thing away from its traditional form while still keeping its necessary function. One example would be the "canon" that morphed into a giant, fire-spitting frog-lizard.

Roza: I think the most important thing is to remember yourself as a child and have as much fun as possible. Somewhere in the process, I realized that I am so used to analytical thinking that I had to train myself to be more playful and imaginative, especially when it came to creating characters and game components.

The most exciting part is seeing kids enjoying their playtime, seeing their creations, and hearing the stories they come up with in the process. Their expressions and the noises they make while playing are the best.

Do you have any personal projects in the works?

Holly: I'm working on my first coloring book (for adults!) that should come out sometime in the summer of 2017. Also, I'm in the very early stages of a personal timeline project inspired by a Lakota winter count pictorial chart I saw on a visit to the Cooper Hewitt, Smithsonian Design Museum.

Roza: My partner and I run our side project A Space. It is completely different from what I do here at Tinybop, and I really like that. We just launched our first furniture/home decor collection in April. Besides that, I've been spending more time lately on drawing.

What do you hope people take away from your (personal) work?

Holly: I get really energized listening to other artists talk about projects they are working on, and I hope some of the playfulness and passion that goes into the art I make comes through and inspires others to be imaginative and make things too.

Roza: I hope my work, whatever it might be — illustrations in an app or line drawings on paper — evokes positive emotions.

How does your process differ when working on something at Tinybop versus at home/in your studio?

Holly: Other than the initial brainstorming phase which starts with lots of sketching, the processes are quite different. I'm solving a lot of different visual problems with my personal work because the end goal is usually a printed product, but I think they feed into each other in a great way and often end up having a similar playfulness.

At home I work very independently. My work is done mostly by hand, scanned in, then collaged and colored in Photoshop. At Tinybop, I have the benefit of collaborating and problem solving with our amazing team, and am naturally thinking more in terms of motion and how kids will be interacting with the artwork on screen.

Roza: I'd say it's pretty different, mostly because of the difference of the end product — a physical object that exists in 3D space versus an interactive experience on a device.

Collaboration is definitely something that applies to both. Working with developers in some way is similar to working with fabricators — you dream something up and then run into all sorts of reality checks when things are being built. It is very interesting though, in both cases, I am learning a lot in the process. A whole other story is when I draw. It's just me, my pen, and paper. And good music :).

Where do you go for inspiration?

Holly: Inspiration often comes when I least expect it. Whether it’s simply taking a walk, going to a museum, getting out into nature, or going to a show, interrupting my normal routine helps me think differently and come up with solutions to problems I'm grappling with. The initial stages of a project are the most daunting for me, and I think it’s important to not be precious about it.

Keeping a sketchbook and reminding myself to just put pen to paper is often enough to get the juices flowing. If I’m looking for more immediate or specific visual inspiration, I often look to my Instagram feed or I’ll walk to my local book store and page through some recent children’s books. I've recently started looking at a lot more animation as well. Motionographer has been a great source for that.

Roza: Most of the time there is no need to go anywhere. Inspiration can come from anything — a piece of music or film, or some random thoughts. The most inspiring thing ever though is being out in nature, traveling, meeting people, and learning about other cultures.

Where did you grow up?

Holly: I grew up in Louisville, Kentucky, until I was 12, when we moved about 30 minutes away to live on a horse farm in a small town called Goshen. From then on, I grew up surrounded by nature and animals. We had four cats, two dogs, two horses, two chickens, and two goats. It’s hard work taking care of a farm! Though my mom did — and still does — most of it, I learned a lot of life skills by helping her out with the never-ending list of chores.

Roza: I was born in Baku, Azerbaijan, but my family fled the war and moved to Ukraine when I was two years old. I grew up in Mykolayiv, a small town in the south of country, and immigrated to the U.S. at the age of 17.

Was art a part of your childhood?

Holly: I've been drawing for as long as I can remember. My grandpa was an artist, and I can distinctly remember how magical it felt to watch him draw. He sat me down one time and showed me how to draw a dog from memory, and I was like, how did you do that!? I had a lot of coloring books, Paint with Water books, and craft projects going on at all times. My parents took note, and luckily took me to museums and encouraged me to sign up for art classes I was interested in outside of school.

Roza: It was and it wasn't. I dreamt of going to art school, but my parents couldn't afford it, so I just drew on my own, never considering it a real potential career. It was just not an option at that time. I think I had my real art exposure upon moving to New York and discovering museums, galleries, performances, taking art and graphic design classes.

What were some of your earliest influences?

Holly: My parents took me to The Met for the first time when I was eight and let me pick out any poster I wanted from the gift shop. I picked Van Gogh's “Sunflowers,” and immediately went home to paint a replica of my own. I also had an activity book about Matisse that let you make your own colorful cut-paper collages. Both of those experiences helped me connect to art on a more personal level and start to explore those interests early on.

Roza: I would say my earliest influence was my mom. Her handwriting was perfect and beautiful. She had a few notebooks where she would write down her favorite song lyrics and poems; each title was rendered differently. There were lots of doodles and decorative letterforms, so I would try to copy them. I think that's what got me drawing in the first place.

What are your favorite children's books now?

Holly: Robo-Sauce by Adam Rubin, The Hueys: What's the Opposite? by Oliver Jeffers, and (a classic) The Snowy Day by Ezra Jack Keats.

What were your favorite books as a kid?

Holly: I had so many books as a kid, but a few I kept coming back to were Once Upon a Potty by Alona Frankel, any of the I SPY books, and Where the Sidewalk Ends by Shel Silverstein.

Roza: I had a pile of old Soviet books, and one of them that I can remember was Ruby Cheeks (Pумяные Щеки).It had lots of fun characters and a collection of stories that were meant to teach kids about being healthy. Later on it was pretty much anything written by Hans Christian Andersen, Alexander Pushkin, Brothers Grimm.

What advice would you give to a young person?

Roza: Explore and experiment, learn in the process, be open and have fun. 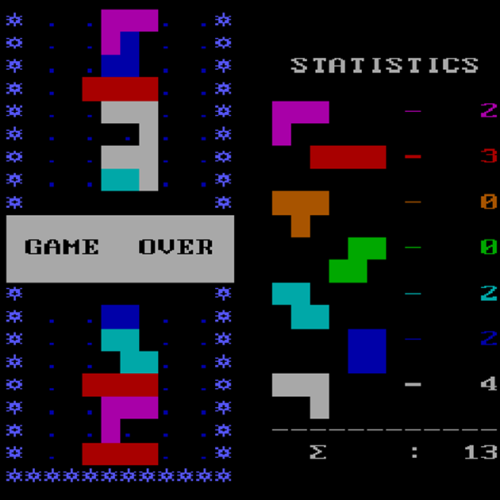 As we built Infinite Arcade, we revisited and played all the video games we grew up on. We've pulled together some favorites here.