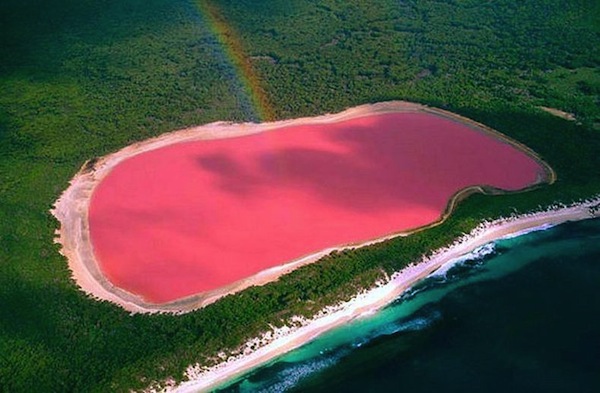 Sometimes the world is pretty weird.

In case you were wondering: new entries for the 2013 Guiness Book of World Records include the world’s largest biceps, oldest gymnast, and tallest mohawk. Apparently the frozen version of a tumbleweed is called a “snow roller,” and people like to take pictures of small rodents doing human things. The year 2013 was the 50th anniversary of NASA’s Advanced Food Technology Project (a.k.a. “Space Ice Cream”). “Twins Days” is an annual festival for twins (and some triplets) held in Twinsburg, Ohio; the largest cemetery in the world is in Najaf, Iraq, and is called Wadi us-Salaam, or the Valley of Peace. There’s a pink lake in Australia (and when I say pink—I mean, really pink).

And to think I never would have known any of this essential information without Amusing Planet,a website about some of the strangest stuff in the world, that piques curiosity about the unexpected and unusual. Covering topics from animals, to architecture, to automobiles, there are weird factoids and tales of oddity on Amusing Planet for any curious kid.