Stand at the Edge of Geologic Time 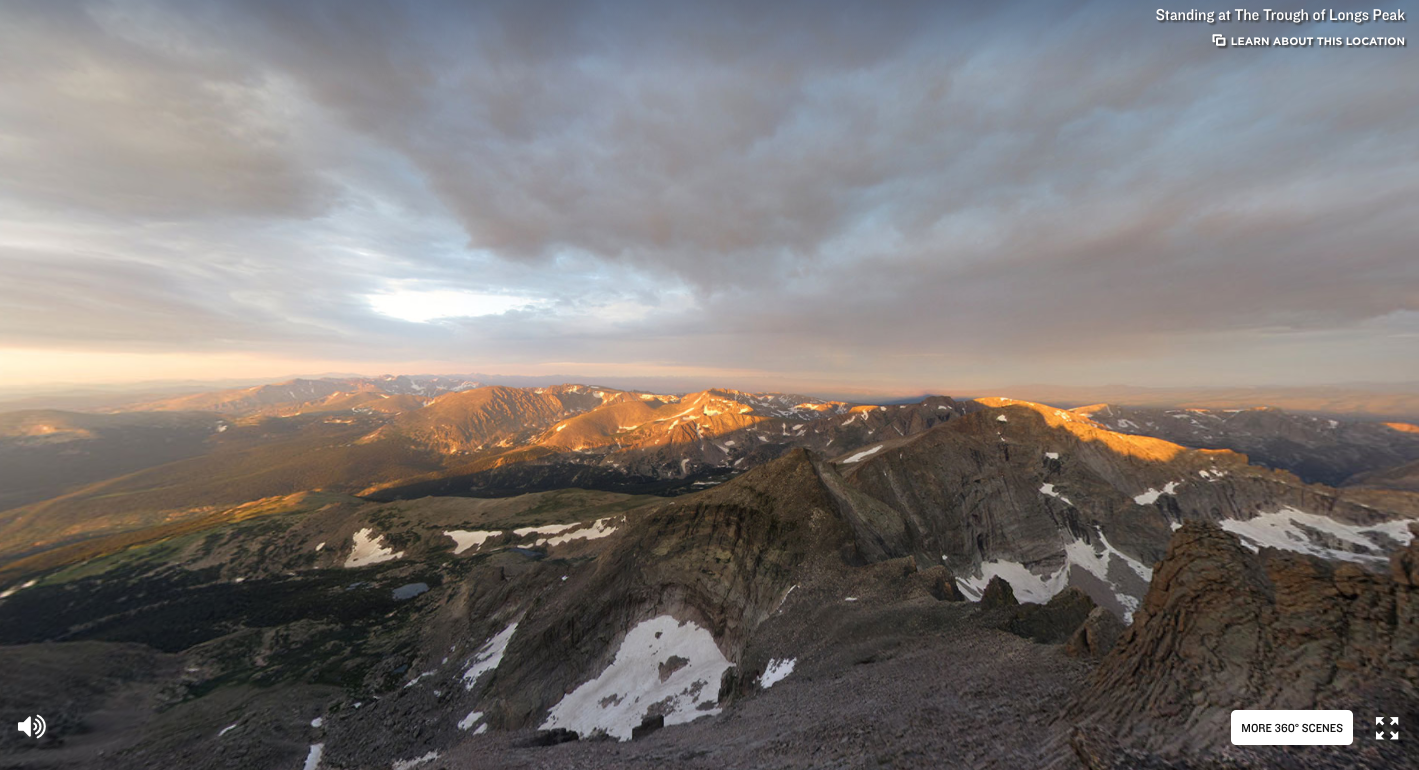 Spending time in the mountains was among the most formative experiences I had growing up. As a family, we hiked in meadows, camped around high alpine lakes, wandered through valleys, and dipped our feet in creeks teeming with freshly melted snow. All the while Longs Peak loomed above. The 14,259-foot mountain rested, seemingly ageless and unchanging, on the horizon above the home I grew up in. So you can imagine my fascination as I became old enough, strong enough, and brave enough to explore higher and higher only to discover that Longs Peak was in fact a mass of slippery and sliding rock.

When I heard geologist Eric Kirby recount his experience as a boy, hiking up to Dream Lake and and feeling “compelled to keep going” upon seeing Hallett Peak, Longs Peak’s neighbor in Rocky Mountain National Park, I totally understood. Because Kirby’s narration is accompanied by incredible photographic footage and sound in NPR’s first virtual reality production, Stand at the Edge of Geologic Time, anyone, anywhere can grasp that feeling.

No matter how near or far away you are from the American West, the site offers a gorgeous introduction to not only Rocky Mountain National Park — one of the most stunning destinations in the U.S. — but also to geology and the incredible ways our planet is shaped. From a computer or smartphone, kids can get a glimpse of and listen to the sounds of six sites within RMNP: Glacier Gorge, Moraine Park, Dream Lake, Hollowell Park, Longs Peak, and Fern Lake. While I won’t say it’s exactly the same as being there, Stand at the Edge of Geologic Time, does provide kids with some context to understand exactly how those peaks, valleys, lakes, and creeks came to be — for now at least.

The site is also a wonderful companion to The Earth our Explorer’s Library app about our planet and the geologic forces that shape it.