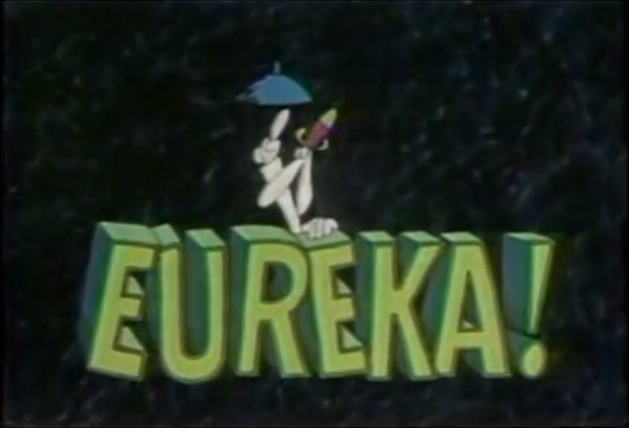 I grew up reading Magic School Bus books and watching episodes of Bill Nye the Science Guy. Humor and science merge seamlessly in both. The Canadian science cartoon Eureka! is their obvious precursor.

Eureka!’s charm lies in the play between its narrator, voiced by Canadian comedian Billy Van, and the characters on screen. In each episode, Van gently guides the bumbling characters to an understanding of a new physics concept like work, power, density, or buoyancy. Often, he emphasizes how much science the character already knows.

In an episode about convection, the process by which hot air rises and cold air sinks, Van observes that most people already have an intuitive understanding of convection. Hold your hot dog beneath a flame, he prompts the character. It won’t cook. But hold it above the flame, and it will. Arrows visualize the way that air over a flame warms and rises. These clear explanations of the fundamental physical properties of matter and energy are empowering, memorable, and always funny.