Hedgehog in the Fog 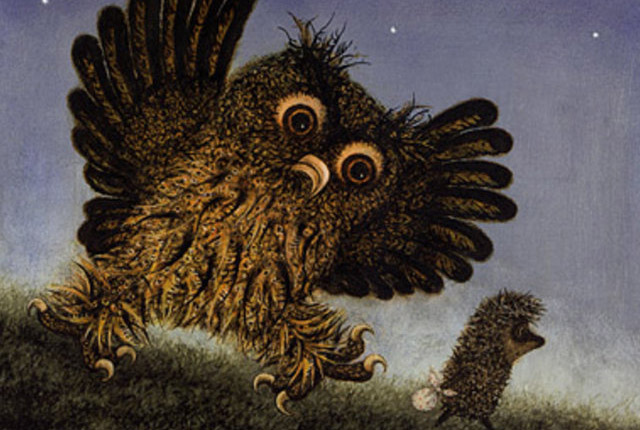 The adventure of a hedgehog through a mysterious fog.

Hedgehog in the Fog, a 1975 stop-motion animation by Yuri Norstein, tells the story of a little hedgehog who travels to visit his friend, a bear cub. The hedgehog enters a dense fog that leads him through the forest’s obstacles, some friendly, some frightening. Resident creatures guide him along the way, and he is most struck by a majestic, specter-like horse. When the hedgehog emerges from the wood and sits with his bear friend as usual, he pensively wonders about the creatures in the fog, especially the horse.

This story was later made into a picture book, based on Francesca Yarbusova’s original sketches for the animated film. Translated from the film’s Russian (and diverging from the English subtitles), the book may help clarify some of the less obvious moments in the animation. However, the dark, vague nature of the film is what makes the tale so alluring.